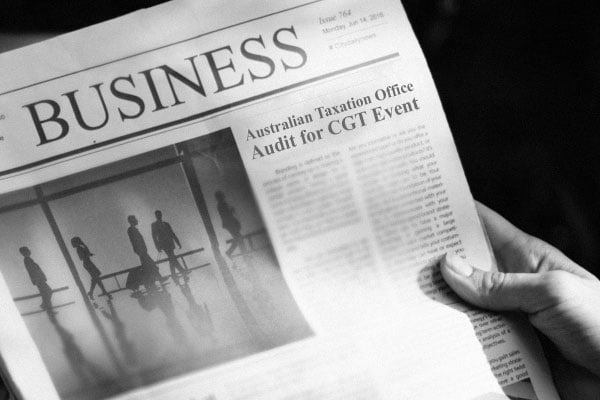 As part of a regular review process, sometimes the Australian Taxation Office will conduct their own business valuations. In this case, a relatively straight-forward internal restructure triggered the ATO stepping in to conduct a business valuation. During a routine review of one SME the ATO discovered a restructure, dating from several years prior, which had been enacted without an independent Business Valuation. The ATO’s internal valuation resulted in a bill of over $100k in back taxes, interest and penalties being issued.

A client belonging to Mrs Crimson, a partner in a Sydney-based accounting firm, found themselves in dispute with the Australian Taxation Office due to an internal restructure of their business which occurred several years ago.

Prior to the restructure the client’s business had operated through a family trust. The trust’s primary beneficiary, the business’ Managing Director, wanted to progressively start bringing on new ‘Partners’. At this point, a seemingly minor but very crucial decision by Mrs Crimson and her client, ultimately led to a most unfortunate outcome.

To facilitate taking on new Partners, it was deemed necessary for the business enterprise to be transferred from a trust into a company. The admission of each new ‘partner’ could then be facilitated though the issue (or transfer) of shares in the new entity.

Mrs Crimson knew such a restructure would trigger a Capital Gains Tax event. For her part, she exercised professional due diligence, by making recommendations as to what documentation would be necessary and possible risks relating to choices made. Her client did not want to pay for the cost of an independent business valuation, considering obtaining a valuation report just to support a mere “internal restructure from trust to company” as a bit excessive. Although though not fully agreeing with her client’s point of view, Mrs Crimson chose to defer to her client’s point of view. After all, her client was the one paying the bills and ultimately was the one bearing the risk.

Mrs Crimson and her client determined what they thought was an acceptable valuation of the business based on some anecdotal evidence and a few articles gathered from Google searches.

The ATO stumbled across the restructure several years later when they were conducting a routine review of the company for an unrelated matter. The ATO was quick to act once the process supporting the restructure became clear. In the absence of an independent business valuation, the ATO undertook their own valuation of the business. Rightly or wrongly the ATO valuation was significantly higher than the amount adopted by Mrs Crimson to determine CGT at the time of the restructure.

Without any acceptable documentary evidence to contradict the ATO assessment, Mrs Crimson’s client found themselves with no way of viably contesting a bill for over $100,000 in taxes, interest and penalties.

By choosing not to obtain an independent business valuation so as to save a few thousand dollars in the short term, Mrs Crimson’s client ultimately denied themselves the chance to successfully contest a tax bill of over $100k.

Corporate restructures are but one of many transactions SME’s regularly undertake, many of which could have a similar outcome if not dealt with properly at the time. Some other examples requiring careful thought and consideration include the issuing of shares, Small Business CGT concessions and internal transfers between shareholders.